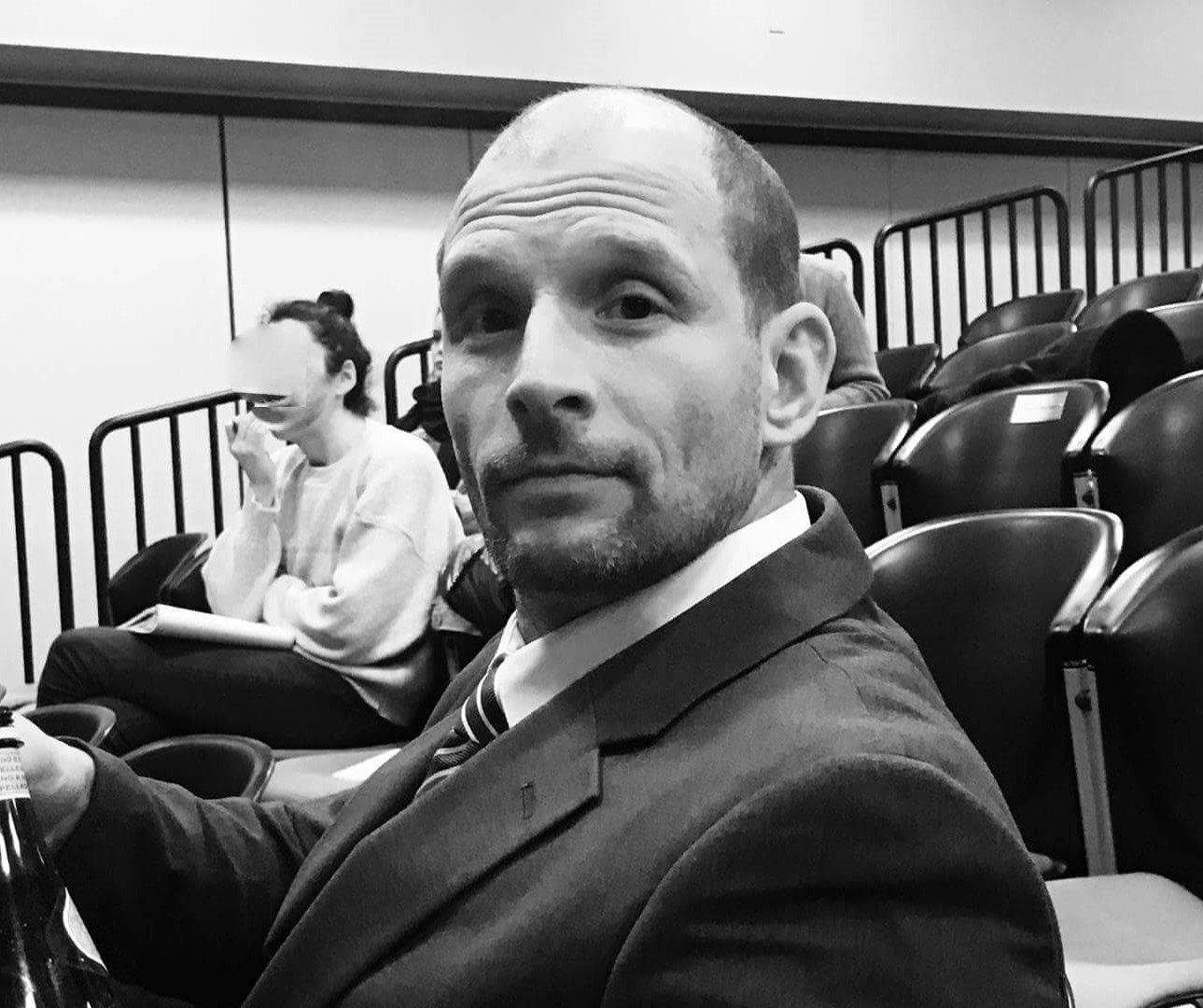 The Suffolk Pro Bono Project is pleased to honor John Joseph Leonard as its Pro Bono Attorney of the Month. Mr. Leonard joined the Project in March of 2016. He was fairly new to Long Island at that time, having spent most of his legal career in Southern California. Since joining the Project, he has accepted four matrimonial referrals, most of them involving domestic violence and financial exploitation. Although his experience in 2016 to New York Family Law was limited, he learned quickly and was eager to receive new referrals. Having devoted so much time early in his solo career to the Project, Mr. Leonard is extremely deserving of this recognition.

John Leonard’s professional life has taken some drastic and interesting turns over the years. Although the son and nephew of lawyers, Mr. Leonard was not always certain he wanted to become one. While an undergraduate at NYU and as a graduate student, he concentrated on literature and gender studies and was not at all interested in applying to law school, despite family pressure to do so. During these years, Mr. Leonard considered himself a “stifled actor,” and looked for work connected to the entertainment industry. In the 1990s, he worked for an independent film producer in New York City. But it was in this job that he started working with entertainment lawyers on contracts for the talent, which led him to reconsider pursuing a legal career. In 2001, he graduated from New York Law School, fourth in his class and editor in chief of the school’s Law Review.

Initially upon returning to New York in 2012, Mr. Leonard was not sure he wanted to continue practicing law. He had settled down in Long Island’s East End to be with his family and contemplate his next steps. During this time, he remembered how good it felt to represent a close family member and domestic violence survivor with her difficult divorce many years before. This led him to volunteer with the East End agency, The Retreat, which provides advocacy, counseling and other critical services to domestic violence victims. These experiences were very impacting and cemented for him the desire to represent individuals in need, rather than continuing as an attorney for what he considered “nameless, faceless corporate shareholders.” He then opened his own solo general practice in Sag Harbor in 2016, joined the Suffolk Bar Association, and began looking for ways to start and grow his practice.

It was through the SCBA that Mr. Leonard learned of the Pro Bono Project and volunteered to take matrimonial cases. Not only did he have no restrictions on the type matrimonial matter he would take, he was willing to handle multiple pro bono referrals at one time. Within a year, he was representing four pro bono clients, most of them victims of physical or emotional domestic violence and financial exploitation.

Mr. Leonard was motivated to help these vulnerable clients, but also saw this as an important opportunity to aid his nascent law practice. He notes, “These pro bono cases gave me a better understanding of domestic abuse and the methods of control used by the abuser.” He also believes these pro bono assignments were instrumental because they gave him an initial client base to work from and essential learning opportunities. He’s grateful that some of these first few pro bono referrals brought him before Judge Crecca because they provided exposure to the Integrated DV Part and the experienced attorneys appearing there. Mr. Leonard was impressed by the depth of Judge Crecca’s understanding of domestic violence, his compassion for the DV victims, and his cultural sensitivity. Looking back in his first few appearances in the Integrated DV Part, he notes, “I was particularly impressed with Judge Crecca’s holistic approach and the way in which the Part pulls together all the facets of the victim’s experience, allowing the multiple legal matters to be handled in one courtroom, rather than the usual scattershot approach to addressing these types of family issues.”

Mr. Leonard still eagerly accepts new Project referrals, despite now having a busy and successful general practice, which includes not only family law, but also real estate, contractual and light criminal matters, as well as litigation and will drafting. He takes pro bono referrals not just from the Project, but also The Retreat. In addition, he is a volunteer as a member of the Board of the Sag Harbor Community Food Pantry, a defense bar team member of the East End Regional Intervention Court (“Drug Court”) in Hampton Bays, NY, which helps people with drug charges get much needed access to drug treatment, and is a member of the Board of the Sag Harbor Chamber of Commerce. In addition, his acting aspirations are stifled no more. Mr. Leonard has appeared in five productions at the South Hampton Cultural Center, performing in comedies, dramas and musical productions.

Congratulations go out to Mr. Leonard on not only this special recognition as the Project’s Pro Bono Attorney of the Month, but also his recent engagement to Eugenio (Gene) Valle. Their wedding, which they plan to have on the beach in the East End, will take place in mid-September. The Pro Bono Project is indebted to Mr. Leonard for the great work he has done for our matrimonial clients. We are moved by the compassion and concern he has shown for these clients. It is with great pleasure that we honor him as our Pro Bono Attorney of the Month.