Is your green card expired or set to expire within the next six months? 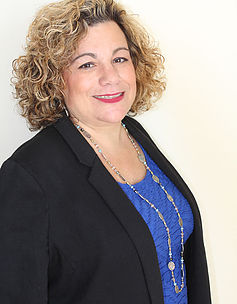 The Suffolk Pro Bono Project is pleased to honor Jodi Ann Donato as its Pro Bono Attorney of the Month. Ms. Donato has continuously donated her matrimonial legal services to the Project since the 1990s and is one of our most committed practitioners. This is the third time Ms. Donato has been recognized with this honor. Her undiminishing dedication to the Project’s vulnerable clients over the past few years has earned her this distinction once again.

Ms. Donato is a solo practitioner in East Islip. She predominantly practices matrimonial and family law. Her practice also includes real estate transactions, estate planning, and criminal misdemeanor defense. Her roots in the East Islip area run deep, having grown up in East Islip and raising her children there.

Ms. Donato knew she wanted to become a lawyer at a very young age. It was the idea of defending the rights of others and preventing the miscarriage of justice that always appealed to her. After earning her undergraduate degree at Hofstra University in 1985, she deferred her plans of attending law school for a while, working instead as a comptroller for a large Long Island commercial enterprise. She then attended Touro Law School from 1990 to 1992, earning her degree in just two and half years, while a single mother of a young child.

It was her Family Court externship experience while at Touro that set the direction of her eventual law practice. Ms. Donato worked under the guidance of Professor Lewis Silverman, who was a Family Court Hearing Examiner at the time. Her research on one matter during this externship led to a published decision. She immediately found family law to be a natural fit, having previously appeared as a pro se Family Court litigant herself. Ms. Donato identified with her clients and was eager to provide the professional assistance she knew, first hand, to be essential.

After graduating from Touro, Ms. Donato worked with attorney Jack Glazer and later, Phillip Rogers. In 1997, she went out on her own, first opening an office in Holtsville. Ms. Donato relocated to her home town of East Islip in 2008. A building fire last December forced her to relocate to a different East Islip location on West Main Street. Since 1997, Ms. Donato has exclusively practiced as a solo. “I like the independence and flexibility that practicing without partners allows,” she notes. “This was especially important to me during the earlier years of my practice, when my three children were young.”

Ms. Donato began working with the Project in the mid-1990s and has never stopped. Over the years, she has provided hundreds of hours of pro bono assistance to the Project’s matrimonial clients. She explains, “I believe I have an ethical responsibility to use my skill as a divorce attorney to help those who can’t possibly afford to hire an attorney on their own.” She notes that the clients from the Pro Bono Project are typically those most in need of pro bono counsel because they are often experiencing very difficult circumstances, such as a disability, making it especially important that they have representation in court. It is this heightened need for pro bono assistance that makes volunteering through the Project particularly rewarding to Ms. Donato. “I had one Project client,” she recalls, “who had Multiple Sclerosis and was paralyzed from the waist down. Her spouse was trying to remove her from their home which had been retrofitted to be handicap accessible. If forced to move, it would have been impossible for the client to arrange for the same physical accommodations elsewhere.” Fortunately, Ms. Donato was able to negotiate a settlement that allowed her client to stay in her accessible home.

In addition to running her practice, Ms. Donato is a District Court Arbitrator. She is also Secretary of the Suffolk County Bar Association’s Charity Foundation and is on the SCBA’s Matrimonial and Family Law Committees. She volunteers as a judge for the SCBA mock trial program and is the Vice President of her Homeowner’s Association. She even takes time to teach religion at St. Mary’s Church and to serve as a Boy Scout merit badge counselor.

Ms. Donato is extremely proud of the three children she raised while operating her solo practice, Steven, Kevin and Amber. Steven, a graduate of Stony Brook University, is now a Court Officer in Mt. Vernon, New York. Steven and his wife Marjory are the parents of Ms. Donato’s two grandchildren, Jocelynn and Annastasia. Her daughter, Amber, is graduating next month from the University of Miami. Her youngest, Kevin, is a junior at Pace University in Pleasantville.

The Pro Bono Project is grateful not only for the exceptional number of referrals Ms. Donato has accepted over the past many years, but also for the degree of care and expertise she lends to each and every referral. For this reason, it is with great pleasure that we honor her as the Pro Bono Attorney of the Month.