In Memory of Rudi de Winter 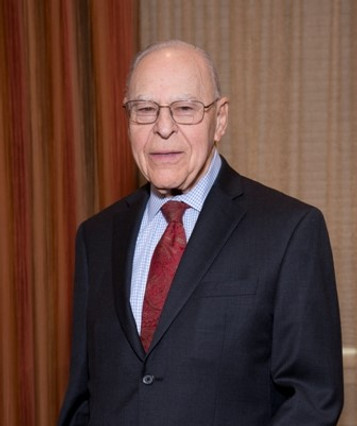 It is with great sadness that we mark the passing of Rudi de Winter who worked in our Volunteers Lawyers Project (VLP) for many years. He was one of our most actively involved pro bono attorneys since 1980, and worked side-by-side with our staff to achieve significant legal victories in housing cases.

Upon retiring from a prominent Manhattan law firm in 1991, Mr. de Winter became involved in pro bono work dedicating himself to NSLS’ Landlord Tenant Attorney of the Day Project. During his extended tenure with our VLP, he represented and litigated in hundreds of cases amassing over 6000 hours of service. Celebrated for his dedication to the pro bono mission, he was the backbone of the VLP.

His talent and generosity did not go unnoticed. Mr. de Winter was honored with the Pro Bono Commitment to Justice Award at NSLS’ 50th Anniversary celebration in 2016. He received many other accolades for his outstanding volunteerism in insuring access to justice in his community. Mr. de Winter was a generous supporter of NSLS, going so far as to earmark his 80th birthday gala gifts to the NSLS cause! He was a tireless defender for tenants and had several of his significant decisions reported in the New York Law Journal. We were proud to include Rudi him among our ranks.