Against the backdrop of a pandemic that has been particularly dangerous to nursing home residents, S was involuntarily confined to a nursing facility following an accidental overdose on one of her medications. Thanks to the intervention of Staff Attorney Dan Okrent with Nassau Suffolk Law Services’ Seniors’ Project, the nursing home agreed that S could return home to her federally subsidized apartment.

S is only 62 but has suffered from Multiple Sclerosis for decades. Her overdose occurred when she was delirious with a high fever and pneumonia. As a result, she reached for the wrong pill container. S was hospitalized and then transferred to a nursing home for further recovery. The nursing home refused to discharge S unless she received 24-hour care and further required that she have a relative who could administer her medications to her at home. S objected to these onerous requirements because she has no relatives on Long Island to administer her medications. She also objected to the 24-hour care requirement because she has no night care needs. S hates nursing homes and was afraid that she would be stuck in a nursing home for the rest of her life. That was when S turned to NSLS.

Okrent sought the intervention of the Director of the Nursing Home Ombudservice. The assigned Ombudsperson could not personally visit the patient because of COVID-19 restrictions, but she started working on the case remotely. The nursing home dropped both of the requirements that would have prevented S’s discharge from the nursing facility. She was discharged to her home a few days later. 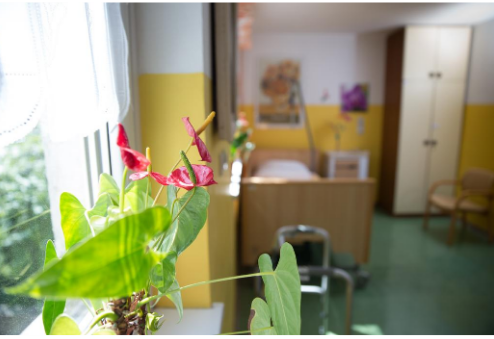 Preserving Homelike Environment Away from Home

For many nursing home and long-term care residents, returning home during the pandemic was not an option. As pandemic rules restricted visitor access and limited social and recreational program in homes, a homelike environment became all the more important to resident well-being.

LSCA explained that the home could refuse to allow furniture if it created a health or safety problem, or if it did not fit in the resident’s personal space. But, that personal belongings should otherwise be allowed absent an articulated reason why they could not be. Armed with these regulations the ombudsperson persuaded the home to permit the resident to keep her furniture.