Our Annual Commitment to Justice Reception is almost here: October 24, 2018. Save the date! 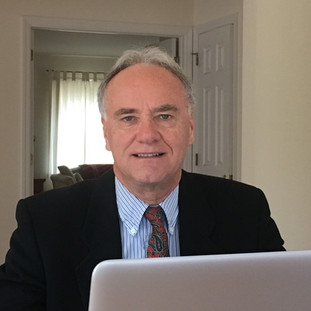 The Suffolk Pro Bono Project is pleased to honor Michael J. Renna as its Pro Bono Attorney of the Month.  Mr. Renna is a volunteer in the recently created 17-A Guardianship Project. Mr. Renna’s background and compassion for those with developmental disabilities makes him an excellent resource for the 17-A Project.  The work he’s done and the contributions he continues to make for this new project have earned him this distinction.

Michael Renna is not only an attorney, but also a NYS Certified School Psychologist.  In the late 1970’s, he worked as a psychologist at the Staten Island Developmental Center, the former state residential facility for intellectually disabled adults.  [The Willowbrook facility that became the subject of the watershed civil rights, class action lawsuit in the 1970’s that effectively ended the institutionalization of children and adults with intellectual disabilities.]   Mr. Renna later joined the Connetquot School District as a psychologist for 31 years, where he worked with children with an array of behavioral and developmental disabilities.

Mr. Renna’s interest in and connection to the judicial system pre-dates his many years as a psychologist.  Shortly after graduating from college, Mr. Renna worked for the VERA Institute of Justice where, as part of their Manhattan Bail Project, he made recommendations as to whether criminally charged individuals should be released without posting bail.

In the early 1990’s, Mr. Renna attended Touro Law Center as a night student and earned his J.D. in 1993.  He started his own practice shortly thereafter, specializing in real estate transactions, business organization, probate and administration.  He additionally has been involved with Article 81 Guardianship including serving as co-guardian of an incapacitated woman for the past 18 years.

In late 2016, Mr. Renna learned that the Pro Bono Project was creating a new program in which low income parents of developmentally disabled young adult children could receive free legal assistance to petition Suffolk Surrogate’s Court for guardianship of their children.  Mr. Renna knew, given his background, that he would be a great fit.  In January of 2017, he attended a related CLE program that The Project and Suffolk Academy of Law had sponsored to ensure he was well versed on the finer points of the 17-A petition process.   Immediately thereafter, he took on his first pro bono client, Erica S.

Erica S., was a widow with a son on the Autism Spectrum named Anthony, who was about to turn 18.  Two years earlier, Anthony’s father had passed away after a prolonged illness.  Although Erica and her husband previously had discussed and intended to start the 17-A guardianship process, her husband’s subsequent illness and passing derailed those plans.  With her husband gone, Erica felt an even more pressing need to put guardian and back-up guardian arrangements in place for her son.  However, the loss of her husband’s income during his prolonged illness and subsequent death depleted her savings and left her with a fraction of the income she once counted on.  Paying a private attorney to prepare the petition simply was not possible.  Fortunately, a social worker in Anthony’s school had learned of the new 17-A Pro Bono Project and urged Erica to apply.

Expressing her gratitude for the Pro Bono Project and her assigned attorney, Erica recalls, “Mr. Renna was phenomenal. He knew what needed to be done and was really good when working with Anthony.”  Mr. Renna is also pleased that The Project has created a vehicle in which someone with his specific skills can give back.  “There’s a great need out there for pro bono assistance in this area,” he reports, “sacrificing some time helping a family in need is individually rewarding and good for the profession.”

The Pro Bono Project is thrilled to have Mr. Renna as part of the 17-A Project.   It is with great pleasure that we honor him as our Pro Bono Attorney of the Month.